VoIPstudio is a complete fully featured business class Hosted VoIP PBX systems. It allows you to make and receive phone calls from the Internet and traditional telephone network at the same time. It makes managing your communication easier and helps to reduce operating costs and increase productivity.

Your control panel is browser-based. The following are recommended:

The web control panel is optimized for a screen resolution of minimum 1024 x 786 pixels.

Softphone application requires one of the following operating systems:

This guide is intended for personnel involved in operating hosted VoIP PBX. Readers of this guide should possess the following recommended knowledge and skill sets:

In this manual, you will find a number of styles of text that distinguish between different kinds of information. Here are some examples of these styles, and an explanation of their meaning. 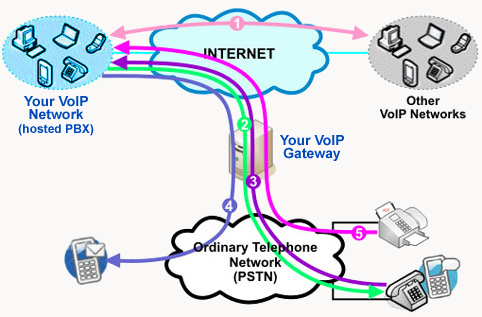 VoIP or Internet telephony refers to communications services - voice, facsimile, and/or voice-messaging applications - that are transported via the Internet, rather than the Public Switched Telephone Network (PSTN - traditional telephony). Thanks to VoIP technology you can:

Hosted PBX is a service provided by us, using equipment located in our premises. This means you don't need to buy or install PBX equipment in your office in order to benefit from advanced PBX features.

This is a web based application which allows to manage all aspects of your hosted PBX system. Create new user accounts, ring group, pickup groups, assign inbound numbers and provision VoIP phones.

A telephone extension is an internal telephone line attached to a PBX system which allows multiple phones to connect without each phone requiring a separate outside line (inbound number) assigned to it.

Inbound number also called Direct Inward Dialling (DID) in USA, Direct Dial-In (DDI) in Europe, is a range of telephone numbers connected to your PBX, so it can route the call to the desired person or Ring Group (IVR etc.) within the organization.