VoIP Phone Service – the right call for your business?

“Mr. Watson–come here–I want to see you,” were reportedly the first words ever uttered over the phone. That unremarkable sentence, spoken by Alexandar Graham Bell, the phone’s inventor, on March 10, 1876, to his assistant Thomas Watson, would usher in a new era for communications. Much has happened since, including the advent of wireless phones and telephony over the Internet, also known as Voice over IP or VoIP Phone services.

If you recently phoned someone via Skype or WhatsApp, you used VoIP technology. You and over 1 billion users worldwide, according to Juniper Research. Today the Internet is gradually replacing copper landlines as the primary medium for voice calls.

Businesses are also joining the party, with Blueface Research reporting that 61% of companies are switching away from landline systems to VoIP Phone setups. Overall, it is the fastest growing industry in the world.

Maybe you still use a regular call center in your business or have already tested some VoIP solutions, but you feel the need for more features and an enterprise-grade solution. If so, read on.

What is exactly a VoIP phone service?

VoIP stands for Voice Over Internet Protocol. According to the US Federal Communications Commission, it is “a technology that allows you to make voice calls using a broadband Internet connection instead of a regular (or analog) phone line.”

Those analog phone lines are also known as Public Switched Telephone Networks (PSTN), which have been in place since the 1800s. The VoIP acronym can be broken down into these two elements:

To work, VoIP transforms your voice into a digital signal before it reaches the destination. This is known as packet switching and means breaking the conversation into small packets of data without monopolizing a circuit. If the receiver is using an analog phone, the signal will be transformed again into a regular phone signal.

But what is the history of VoIP phone services? They have been around since 1995 when the first for-profit VoIP application was launched. Still, you could say their roots can be traced back to 1938, with the invention of the Vocoder, the first electronic voice synthesizer. However, they would not gain traction until the Internet reached mass adoption.

While further on it would provide many other features and applications, the original goal of VoIP was to achieve money savings on long-distance and international calls. Believe it or not, there was a time when phone calls could be rather costly. In fact, Steve Jobs’ first business was selling “blue boxes” that enabled free –albeit illegal– international voice calls.

2001 witnessed the launch of the first business VoIP phone service. A couple of years later, Skype would join the ranks as the most popular consumer VoIP service at the time. The first decade of the 21st century and its high bandwidth always-on Internet connections would spawn a host of Internet telephony service providers (ITSPs). So much so that by 2003 the number of VoIP calls leapt to 25% of all voice calls.

With the arrival of the first Wi-Fi-enabled phones on the hardware side and the launch of WhatsApp in 2009 and Apple’s FaceTime in 2010, VoIP would make its way into smartphones and initiate its journey towards becoming the worldwide voice call standard.

Throughout the last 30 years, the quality of VoIP calls has also evolved. In the 90s, the results were frequently subpar because of inadequate broadband connections and the high computer specs required to manage the first VoIP calls. Fortunately, VoIP phone calls have improved over time, and now they meet or surpass conventional landlines’ quality.

Once we have settled the origins of VoIP phone services and the tech that powers them, we can look at the hardware you need to place a VoIP call. Hundreds of devices can do that, but most of them fall within three categories: 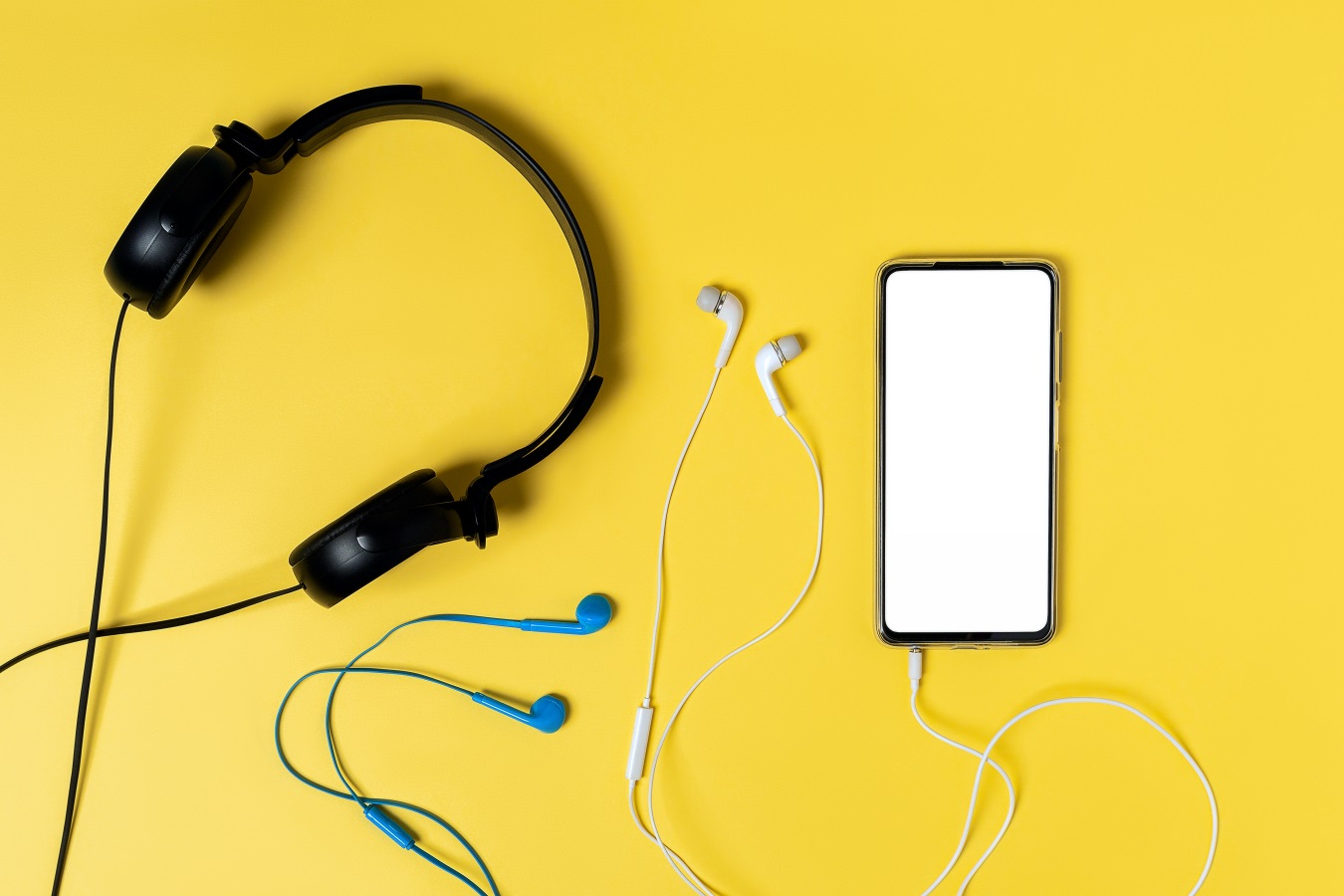 In the future, IoT devices will bring VoIP phone services to all sorts of devices, including fridges, smart speakers, or even coffee machines, so that list will become almost endless.

Before delving into complex business VoIP solutions, we will look at consumer VoIP phone services and their features. Skype, launched in 2003, would be one of the most widely known VoIP computer solutions. Initially, it only allowed voice calls, but it soon integrated video calling, file sharing, and other features. The next step would be the first VoIP phone apps, also called mobile VoIP.

This next stage in the evolution of VoIP would prove critical. By then, a large mass of users started using their smartphones to place network telephone calls that bypassed (mainly cost-wise) telecom operators’ restrictions. At first, in the early stages of the 2G and 3G era, some telecom companies even tried to charge special rates over VoIP data to prevent the loss of revenue. That strategy soon failed, and apps like WhatsApp became the favored solution to place voice calls.

And understandably so, as VoIP offers plenty of advantages, including free calls and the use of multiple devices, from laptops, smartphones, tablets, or desktop computers. So, which are the main features currently offered by consumer VoIP phone services? They usually allow for:

So far, so good. But what additional features do business VoIP phone services bring to the table? Why are SMEs and large enterprises switching over to VoIP platforms?

Just like customer VoIP, business versions are software solutions but with far richer feature sets to cover the needs of companies, from small and middle enterprises to large corporations.

Firstly, business or enterprise VoIP provides deeper setup options, as the requirements for companies can vary greatly. But the differences with consumer VoIP do not end there. These would be some of the features found in business solutions that are lacking or less developed than their consumer counterparts:

Beyond the basic features, pricing models vary greatly too. While consumer VoIP usually relies on freemium models, business VoIP can offer rates ranging between less than $100 per month and hundreds of dollars according to the number of users, lines, and additional features.

Having clarified the differences between consumer and business VoIP, it is time to compare the latter with the traditional phone service approach. What is the difference between them? As in many other areas, call centers have gradually shifted from a hardware approach to a software-centric model, mainly in the cloud. To sum up, we could describe them like this:

Twenty years ago, there was a neat divide between traditional phone companies and VoIP phone services providers. The first focused on analog phone lines, while the second was purely data-based. Today, the VoIP landscape is much more complex, with plenty of overlap between the actors. A rough classification would be something along these lines:

Applications of VoIP for businesses

Much has happened in the VoIP arena since the launch of the first business solutions at the dawn of the 21st century. Nowadays, VoIP solutions can cover many different needs of an organization regardless of its size. However, these would be the main applications for business VoIP phone services:

Now that you have a clearer idea about VoIP phone services and their features, you may ask yourself why to switch over. Are you too big or too small to use VoIP? What are the exact benefits for your company?

Depending on the size and sector of your business, you can benefit in different ways.

In broader terms, there are many reasons to adopt business VoIP phone services, but these are the primary immediate advantages:

As you can see, there are many reasons for businesses to take the VoIP plunge, but there is one that clearly stands above the rest and deserves a separate heading. Like cellphones started as voice call devices and ended up being used as cameras and calendars, messaging and gaming devices, compasses, and more, VoIP has become a communications hub. It is where voice calls, messaging, CRM management, and even faxing meet.

The omnichannel approach means that any agent in your company can use a range of interlinked communication channels. For example, a webchat can be followed up by a phone call, an SMS, or an e-mail. Then another agent can take it where the last one left it, as all communications are recorded and classified within a CRM. Voice-to-text tools also allow to store conversations and search for specific ones easily.

Omnichannel is bound to be the future of marketing and customer support with an ever-increasing number of devices and platforms, including social media, favored by users. Companies cannot limit their contact channels to a phone number and e-mail on their website. Instead, they need to actively search for new ways to engage with their customers and leads.

With its digital-first approach, VoIP offers the most seamless integration between text, voice, and video. And in an age where “76% of customers now say it’s easier than ever to take their business elsewhere”, as a recent Salesforce report warned, it is more important than ever to get all your bases covered for a flawless customer experience (CX).

Only large and medium enterprises used to enjoy the resources required for a traditional call center. Today, VoIP can provide complete phone services to any business regardless of size. A small office and a large corporation both stand to benefit from the technology.

There are, however, some considerations to be made before going full VoIP. Which are the basic requirements for a business solution? You should check out the following items:

What the future holds in store for business VoIP

The transition to VoIP is happening at breakneck speed, both in the consumer and business spaces. So, more than if, the demise of physical landlines is a question of when. For instance, in countries like the United Kingdom, established telecom operators like Virgin or BT are planning to carry all voice calls over to fiber optics by 2025.

There are other technologies also accelerating this trend in different ways:

Besides the tech side of things, there are also social considerations. As work from home or hybrid jobs become more commonplace, the ability to carry out video and voice calls regardless of place and device, combining them with other features like messaging, will only boost the use of VoIP platforms.

All things taken into account, it looks like most if not all voice calls will be routed over VoIP by the end of the decade when copper will have had its day. By then, landlines will look like museum material, as outdated as phone booths and dial phones. So, returning to the initial question of this article – are VoIP phone services the right call for your business? –the answer is a resounding yes.